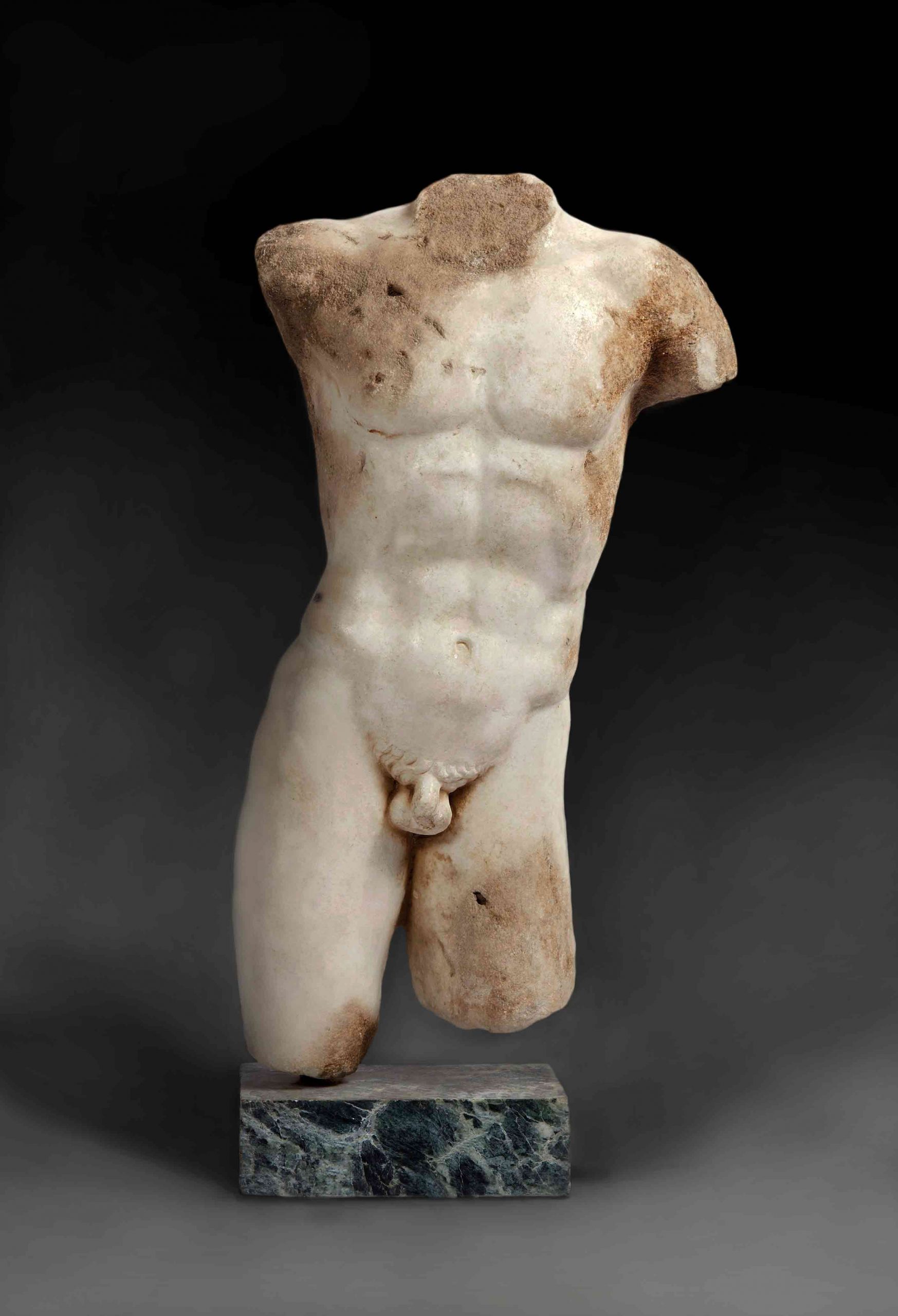 Date: 1700s (18th Century)
Provenance: From a private collection in Florence, Italy.
Size: 49x27x14cm. Mounted on a green marble base.

Rome during the 1700s was the Mecca of the art world, with artists from all over Europe drawn to the magnificence of its ancient ruins and the baroque glory inherited by legendary artists from the previous century, including Bernini and Maderno. The patronage of 18th century Rome nurtured the talents of many celebrated artists whose work still captures the imagination of the public today - Canova and Trevi Fountain’s designer Nicola Salvi are among them.

The search for the ideal beauty and sculptural work to convey, motion, mood, and emotions were at the core of sculptural developments being explored since the baroque period. Classical Rome was able to provide invaluable sources thanks to its ancient ruins and artefacts, reinforced by the backbone of Renaissance scholarship and humanism, which allowed artists to immortalise the idealisation of god-like beauty. The cult of celebrating the human body is a recurring ideal of sculptors in the 18th Century, due to sculptures such as the Apollo Belvedere and the Laocoon (now in the Vatican Museums). These magnificent examples are considered the canon for artists wishing to pursue ideal beauty, culminating with Neoclassical art towards the end of the century.

This acephalous (without limbs) male torso from 1700 Rome was probably inspired from classical antiquity. The pose resembles that of classical sculptures: with a leg appearing straight while the other is positioned slightly forward to create a tilt of hip (contrapposto), an arm relaxed downwards while the other is raised (see different musculature tension on shoulders), and the slight inward angle on the musculature of the abdomen, creating grace and movement throughout the torso.  An example of these “motion devices” can be seen on a similar sculptural work from classical antiquity, the Apoxyomenos (also in the Vatican Museums).