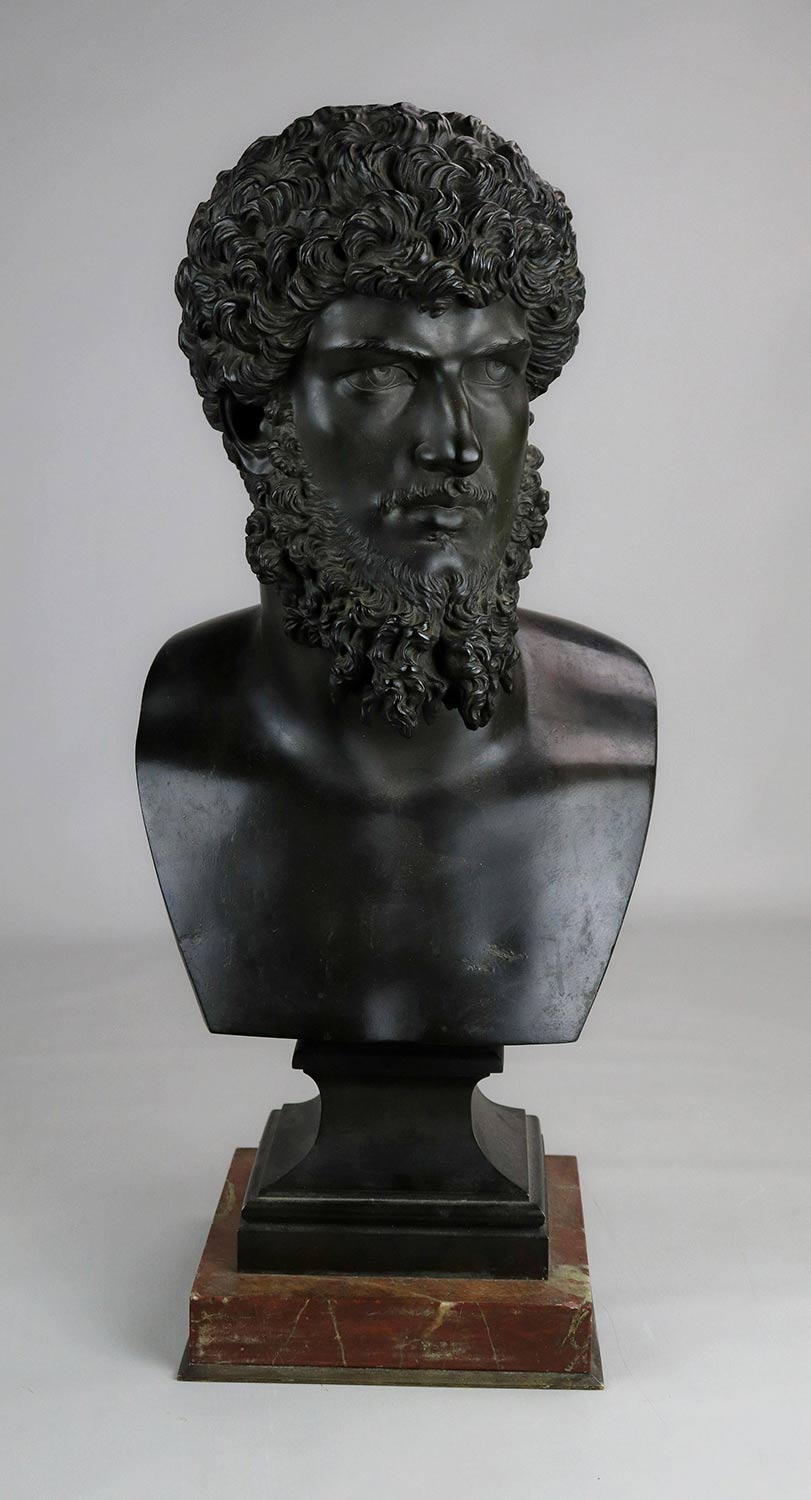 Lucius Verus (103 – 169 AD) was co-emperor of the ancient Roman Empire alongside Marcus Aurelius, and he reigned from 61 until his death in 169 AD.  He was the adopted son of the legendary emperor Hadrian and was thus a member of the Nerva-Antonine dynasty from 96 to 192 AD, and which included, in order, Emperor Nerva, Hadrian, Antonius Pius, Lucius Verus, Marcus Aurelius and Commodus.

Lucius Verus and Marcus Aurelius' co-ruling was the first time Rome witnessed two emperors reigning at the same time; a trend that later repeated in the empire’s history. Very early on from the appointment of the co-emperors, the Easter front of the Roman Empire was experiencing hostilities with the Parthian Empire, ruled at the time by Vologases IV. Marcus Aurelius is today known for having had more authority and burden in the administrative machine of Rome. While neither of the two Roman Emperors had military experience; it was Lucius Verus that therefore embarked on a quest that started a war with Parthia. It was thanks to his general that the wars were successful in recapturing Armenia and advancing the troops to Media and Babylon. Lucius was often considered to have been too involved with leisurely activities and glamorous lifestyle rather than focusing on the war. For example, in the Historia Augusta, we are told that Lucius preferred hunting in Apulia and travelling to Athens and Corinth while accompanied by singers and orchestras while devoting himself to riotous living in Antioch.

Marcus Aurelius hoped that some time off warring with the East would help Lucius adopt an earnest attitude and return to Rome as a reformed man. To his disappointment, Lucius is known to have further indulged himself in a care-free lifestyle. He set up a tavern in his house to drink after attending imperial banquets and where he threw parties until dawn. Rumours say that Lucius wandered through the city, keeping his identity secret while often stopping at brothels and taverns during the night. While Marcus disapproved of such indulgences, the Historia Augusta tells us that he rather turned a blind eye, in the form of pretended ignorance, to avoid criticizing him who ultimately was his step-brother.

When Lucius left to fight against Germanic tribes during the Marcomannic Wars in Pannonia (modern Hungary) in 168 AD, he fell ill. He was brought back to Rome where he died three days later. There are rumours surrounding the circumstances of his death. Some reported that he fell ill due to food poisoning, with gossips on whether Marcus Aurelius, his wife Lucilla, or his mother-in-law Faustina Minor committed the act. Some accounts appear to describe what seems to be a stroke.  Some scholars believe he fell ill due to the smallpox or measles epidemic that was affecting the empire between 165 and 180 AD, known as Antonine Plague, which was brought to Rome by soldiers while fighting during the wars in the East. Records show that such plague caused disasters within and outside the Empire and preoccupied both emperors. This is because, through cross-cultural historical checks, historians found descriptions of the plague that in Chinese records in the Eastern Han Empire around the same time. Thus the scale of the disease meant that trading relations with the East were severely affected.