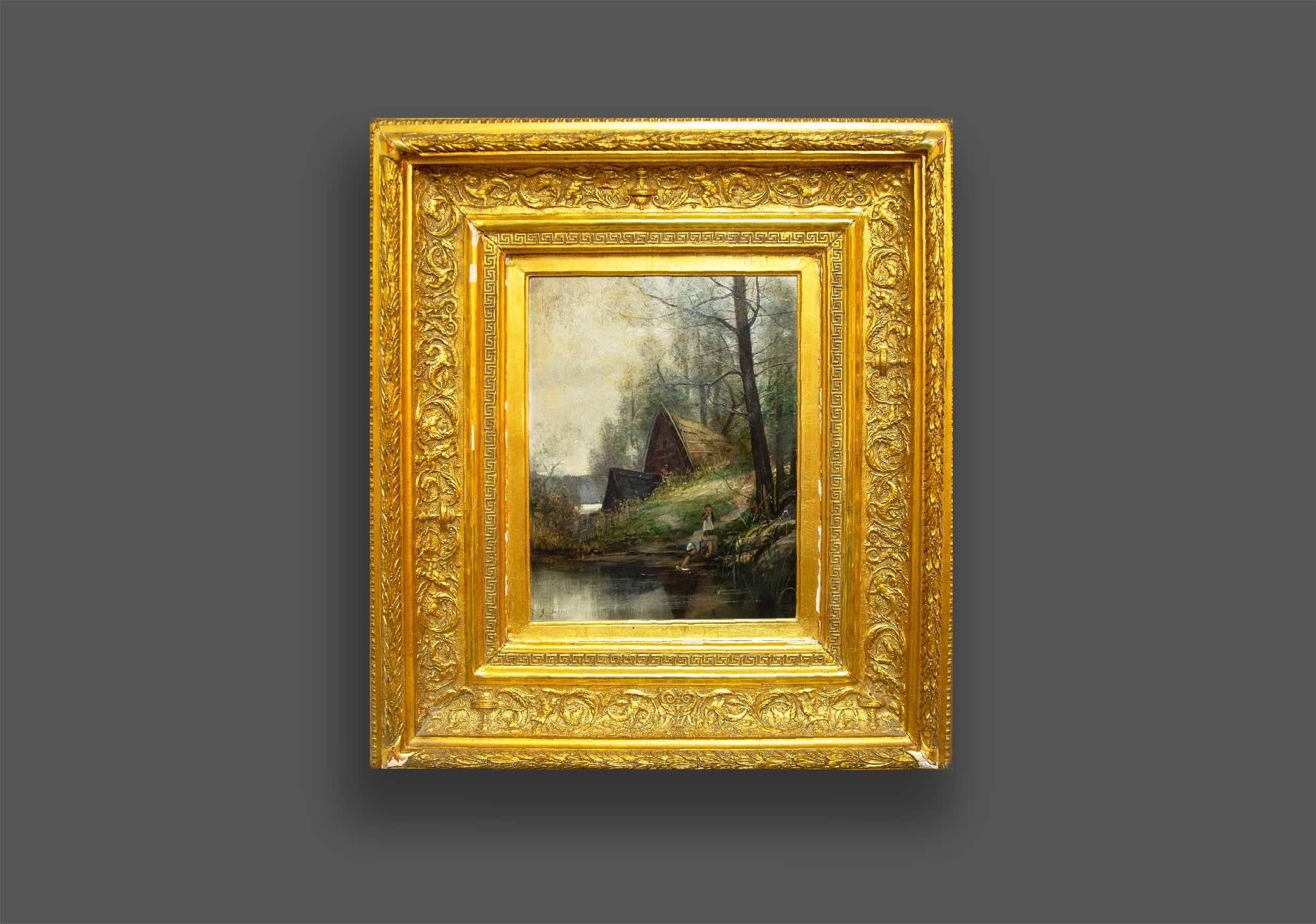 William Andrew Beer (known under the working name of Andrew Beer) was a British painter who lived between the second half of the 19th Century and the first half of the 20th Century. He is known for his legendary depictions of racing pigeons due to the popularity of the flying pigeon's sport at the turn of the 19th Century, particularly in Bristol (most of his artworks are now on view at the Bristol Museum). He is also known for having depicted landscape sceneries of t southern England which were used as the content of a series of postcards. This painting was probably painted as part of his series of landscapes of the south of England.