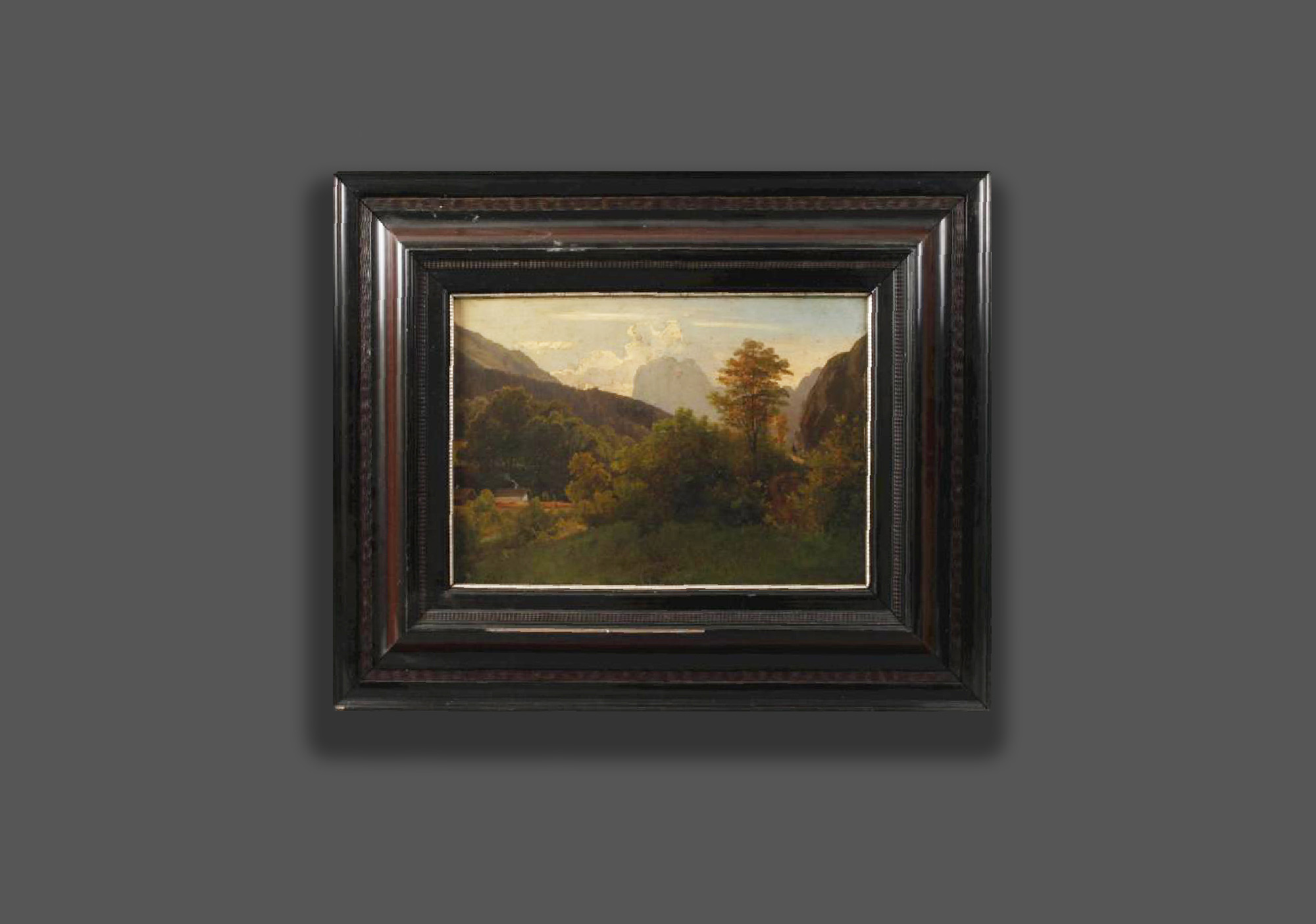 A letter is enclosed in the stretcher - inscribed on cardboard in pencil "[...] bei Berchtesgaden, Seidel" and reads: "Dear beneficiary! You may be interested to know that a very respected art writer Wilhelm Hausenstein refers to August Seidel: one of the most important painters of the Munich school in the 19th century […]  whose landscapes reveal a temperament like that of John Constable– this does depend on the individual piece, of course, but the above judgment may give you pleasure" (dated 1917, addressed to Simon Stillger in Postau).

August Seidel (1820-1904) was a German landscape painter and the brother of the painter Franz Seidel (1818-1903). In 1836, Seidel studied at the Royal Academy of Arts in Munich and privately with Carl Rottmann (1797-1850) who was a famous German landscape painter. After completing his studies, he worked as a landscape painter in Munich. From 1838 Seidel was a member of the Munich Artists' Association. In 1845 he went on a painting trip to Italy and in 1863 he visited Paris. During his life, he created an admired body of work and some of his paintings have been collected by the prestigious gallery in Munich, New Pinakothek; a superb collection of 19th Century European art.

August Seidel was greatly influenced by the works of John Constable (1776-1837) a famous English landscape artist and the Barbizon School (a school of painters who were interested in Realism and the Romantic Movement in art), and this is prevalent in his painting ‘Alpine Landscape’. His landscape portrays an atmospheric view of a mountainous scene during the last hour before the sun descends for the evening – a time of the day artists refer to as, the golden hour. The foreground depicts a village between an idyllic valley of vegetation before a mighty mountain range, with towering clouds absorbing the last light of the sunset behind the mountains.