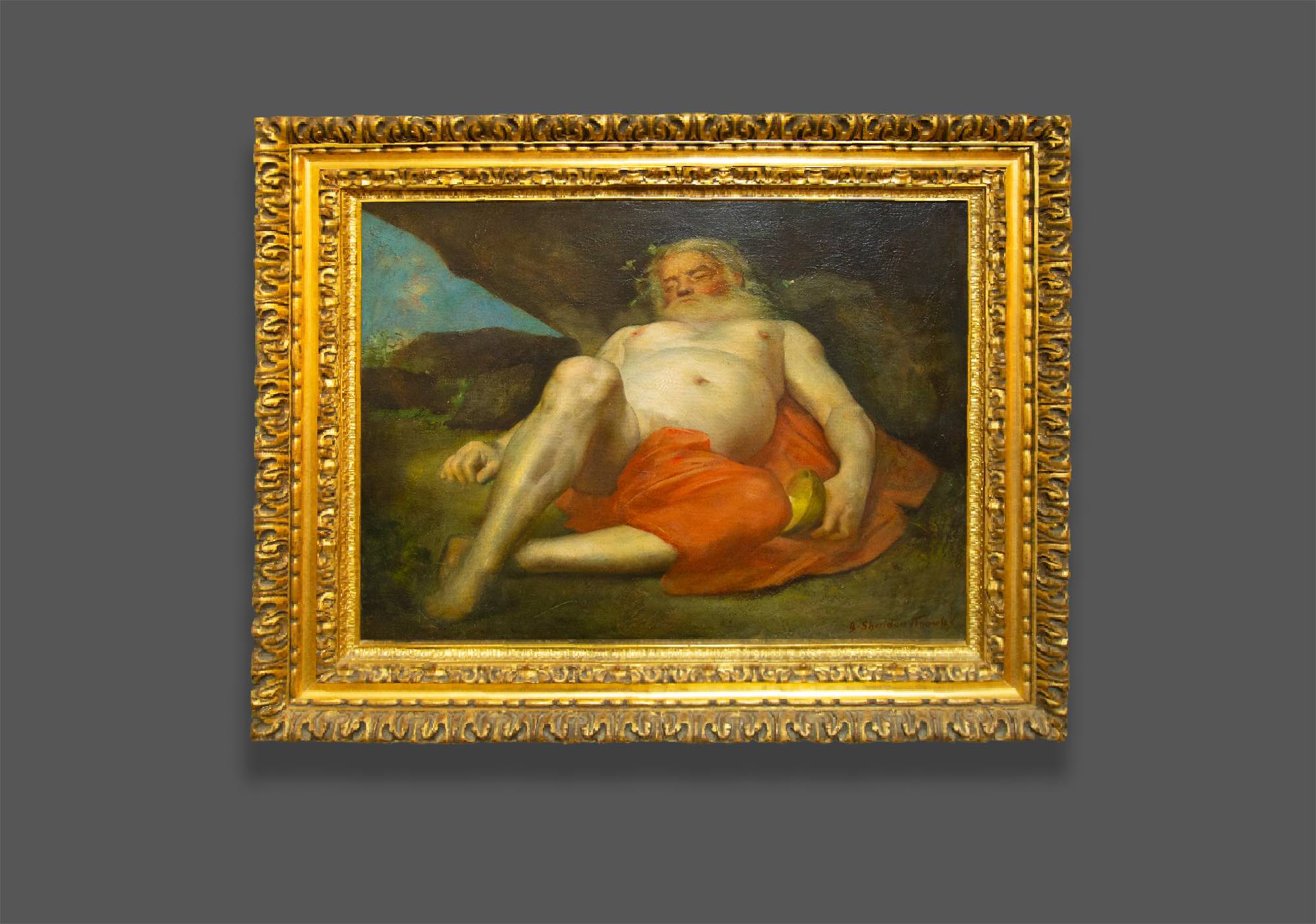 George Sheridan Knowles was a British painter of the Victorian era. He was born in Manchester, UK in 1863. While little is known of his youth, fortunately, accurate accounts on the painter's career survived. We can trace the development of the artist in a precise way.

Sheridan was educated at the Manchester School of Art and the prestigious Royal Academy School in London. He was not the only painter in his is family and he most likely exhibited his work in the 1880s alongside his brother Frederick J. Knowles (a British landscape and figurative painter) and his sister Juliet Knowles (a Victorian still-life artist). His first work was exhibited at the Royal Academy in 1885.

His formal and highly academic training meant that, like many Victorian artists, he was interested in figurative art. At the same time, George is known for his combination of formal techniques and figuration with more contemporary and newer stylistic developments as seen with the Impressionists. His work incorporates the very vibrancy, think impasto and brushwork of the Impressionists. Nonetheless, Sheridan remained faithful to the fashionable genre of Victorian England at the time: nostalgic scenes depicting figures from Arcadian (idyllic) places with highly nostalgic and melancholic feelings.

The figure in Man Sleeping can thus be interpreted as an unidentified figure placed in an idyllic landscape and inside what looks like a cave. The cap on his hand and the ivy leaves on his head suggests the artist is hinting at the Roman God Bacchus (Dionysus for the Greeks).  Sheridan is thus alluding to the drunken state of the depicted person, who appears to be enjoying a deep yet sweet sleep after a few too many drinks.