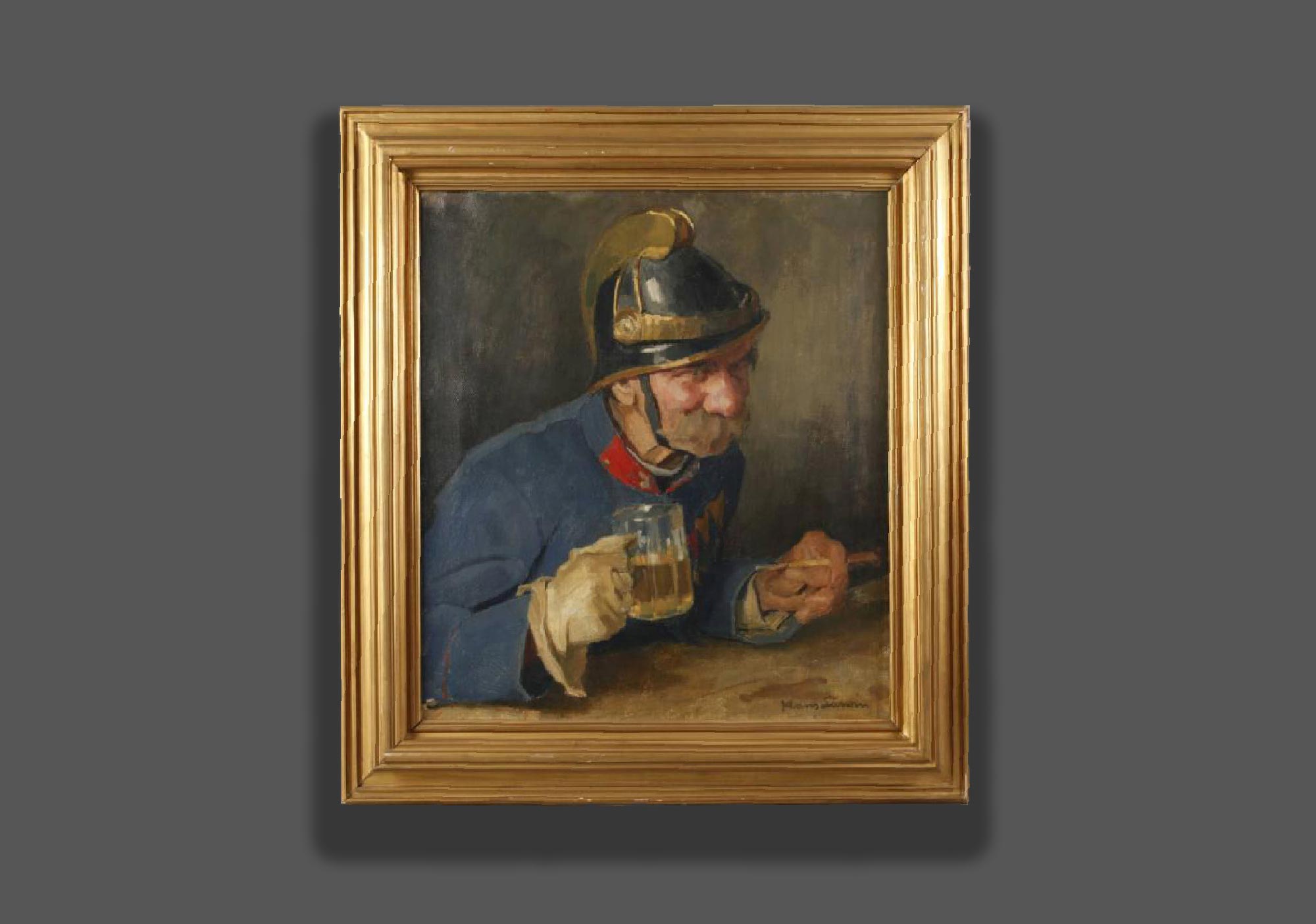 Hans Larwin was a Viennese genre painter and academy professor (1873 Vienna - 1938). Hans attended the arts and crafts school in Vienna and studied at the Academy of Fine Arts. In 1898 Larwin was awarded a state travel scholarship, and during the turn-of-the-century, he undertook numerous study trips to Rome, Munich, Paris, and the Netherlands. From 1902, Larwin became a member of the Vienna Künstlerhaus where he had his first exhibition. He was also a member of the Old World Artists' Association. During the First World War, he was an official war painter and painted on various fronts for the Austria-Hungary dual monarchy.  After living in Chicago from1922 to 1924, he subsequently returned to Europe by living in Slovakia, Hungary, and Yugoslavia before returning to Vienna in 1927 to became the professor and head of the general painting school at the Academy of Fine Arts in 1930.

Hans Larwin's painting ‘Firefighter’ is a skilled portrayal of a drinking and smoking fireman – an honest depiction of the reality of a serviceman unwinding with a pint of beer and a pipe after a long day.