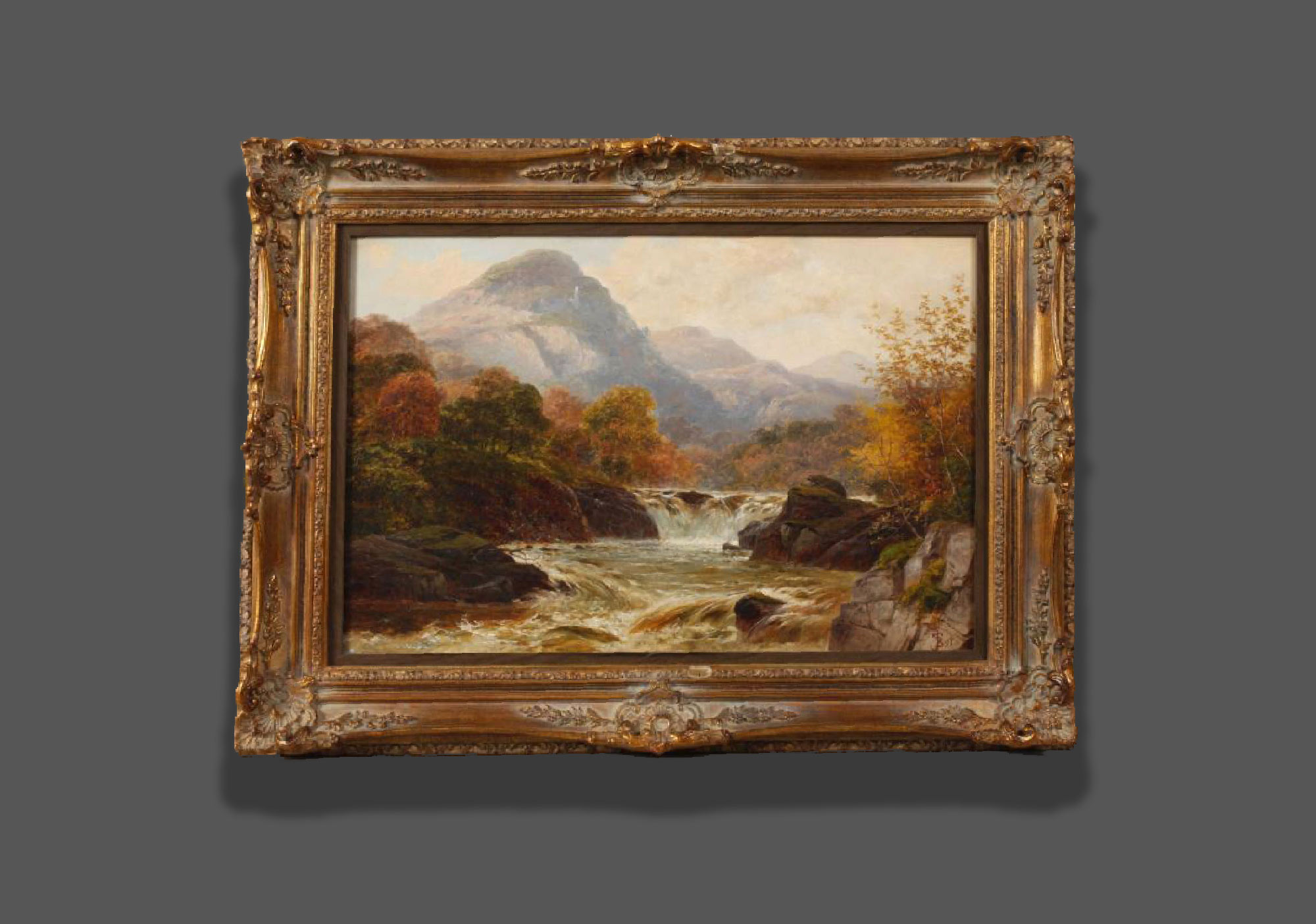 
Oil on paper and on wood
monogram ligated on the lower right and dated "JB (18)95", inscribed "John Henry Boel" on the back of the frame
Size: 32x47cm
Conditions: Good

John Henry Boel (active 1890-1910) was a British landscape painter. He painted in oils and less frequently in watercolour. Boel concentrated mainly on landscapes, coastal scenes, and figures. His landscapes often depicted the Scottish Highlands. John Henry Boel was a very popular artist during his time. He was also a prolific artist, and he exhibited his work regularly between1884-1922.

John Henry Boel’s painting ‘Am Gebirgsbach’ is a beautiful autumn view of a fast-flowing river surrounded by trees, rocks, and foliage that taper back into the distance. The background is an atmospheric portrayal of steeply rising mountains under a  blanket of moving clouds. The title is German, and the translation is: on the mountain stream.