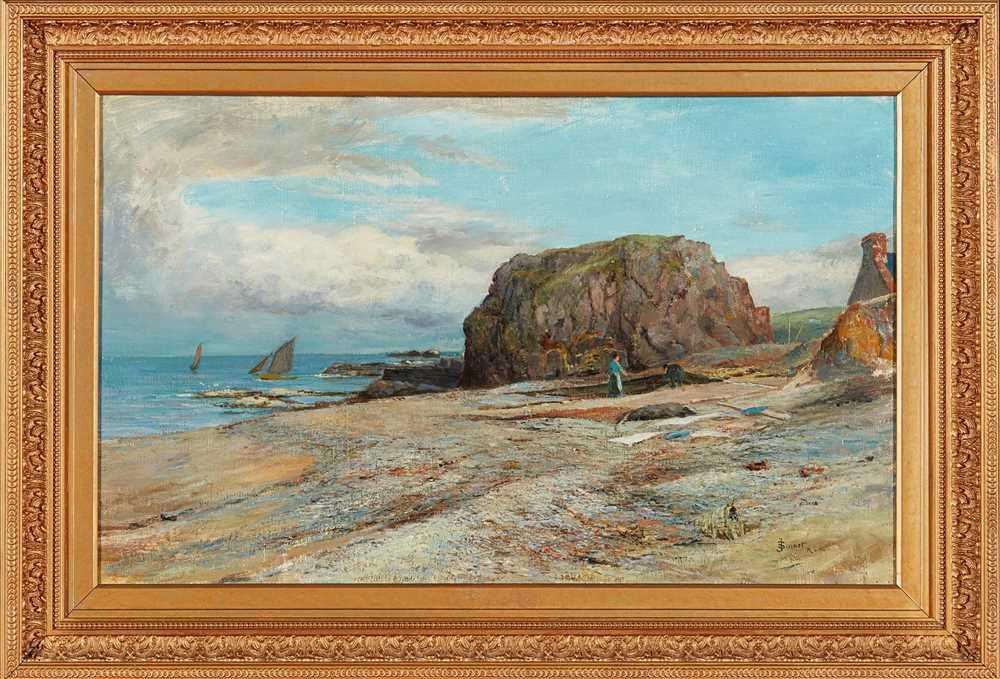 John Smart was a Scottish landscape painter, specialising in both oils and watercolour. He is known for depicting his homeland from across the lowlands and highlands of Scotland. The critic James Caw said of Smart's landscape paintings, "If coarse in handling and wanting in the subtlety of feeling, they are simple and effective in design, vivid in effect and powerful in execution, and breathe an ardent passion for the landscape of his native land."

He was educated at Leith High School and then studied art at the School of Manufacturers, intending to become an engraver like his father. After showing a talent for landscape painting, he instead became a pupil of Horatio McCulloch. He was one of the founder members of the Royal Scottish Society of Painters in Watercolour, and he was elected to the Royal Scottish Academy in 1877 after first being elected an associate in 1871.

John Smart’s painting ‘Drying the Nets’ is an alluring coastal scene illustrating a beautiful balance of blue and orange tones. The painting depicts a beach with large boulders that highlight fishermen drying their nets. The beach meets the turquoise blue sea portraying two boats under a curve of golden and purple clouds that circle back into the cerulean sky.

Smart displays his accomplished painting abilities through his use of thick impastos to describe the texture and colour of the beach, compared to his subtle glazes to treat the sky - a masterful example from the Romantic Movement era.