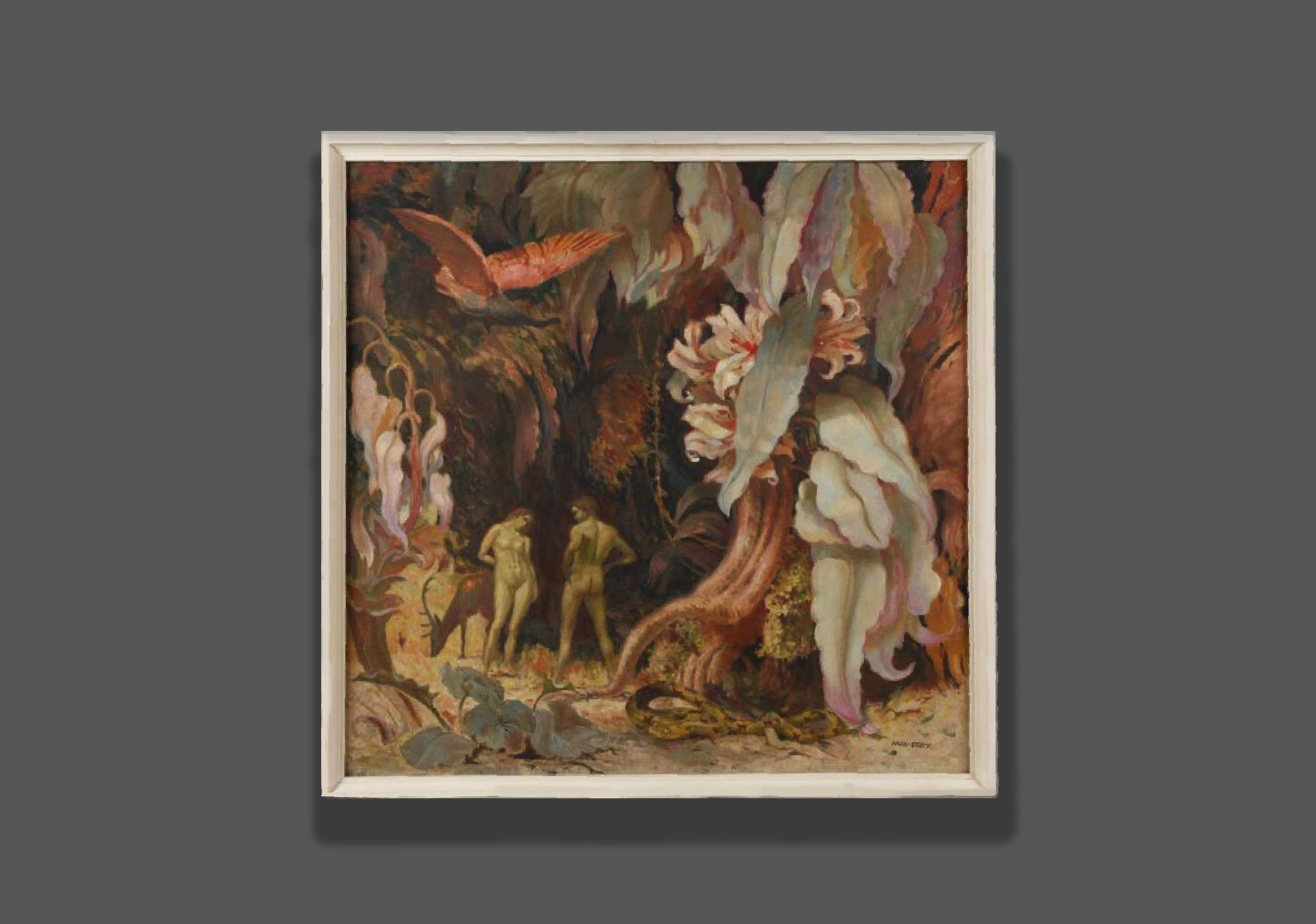 The artist’s full name was Max Adolf Peter Frey (1874 Mühlburg near Karlsruhe - 1944 Bad Harzburg). He was a German painter, graphic artist, craftsman, and illustrator. He was born into a family of merchants and studied at the Karlsruhe School of Decorative Arts, and for a short time, he worked as a theatre painter in Berlin and Mannheim. Between 1895-1903 he studied at the Karlsruhe academy with Ferdinand Keller, Gustav Schönleber, and Leopold von Kalckreuth. In 1904, Max Frey moved to Frankfurt and then to Dresden in 1907 where he became a teacher in graphic design and painting at the Dresden Academy of Fine Arts and taught a newly created class for women. He was appointed Professor in 1910.

Max Frey’s artwork was associated with the Symbolism (the use of symbols to represent ideas or qualities) and New Objectivity (a new style emerged in Germany in the 1920s as a reaction against Expressionism. It is characterized by a realistic style, and often combined with a cynical, socially critical philosophical stance). Some of his work also contained elements of magical realism. Frey’s painting ‘Paradise’ is a beautiful example of fusing these elements. This imaginative and dream-like painting portrays the biblical story of Adam and Eve in the Garden of Eden. The primordial figures are surrounded by over-sized flowers, leaves, and animals such as deer, a snake, and a bird. A story Frey is using to symbolize humanity and perhaps a reference to war; Adam symbolizes the heavenly spirit, Eve symbolizes the human soul, the Tree of Knowledge symbolizes the human world, and the serpent symbolizes attachment to the human world. The fall of Adam thus represents the way humanity became conscious of good and evil.