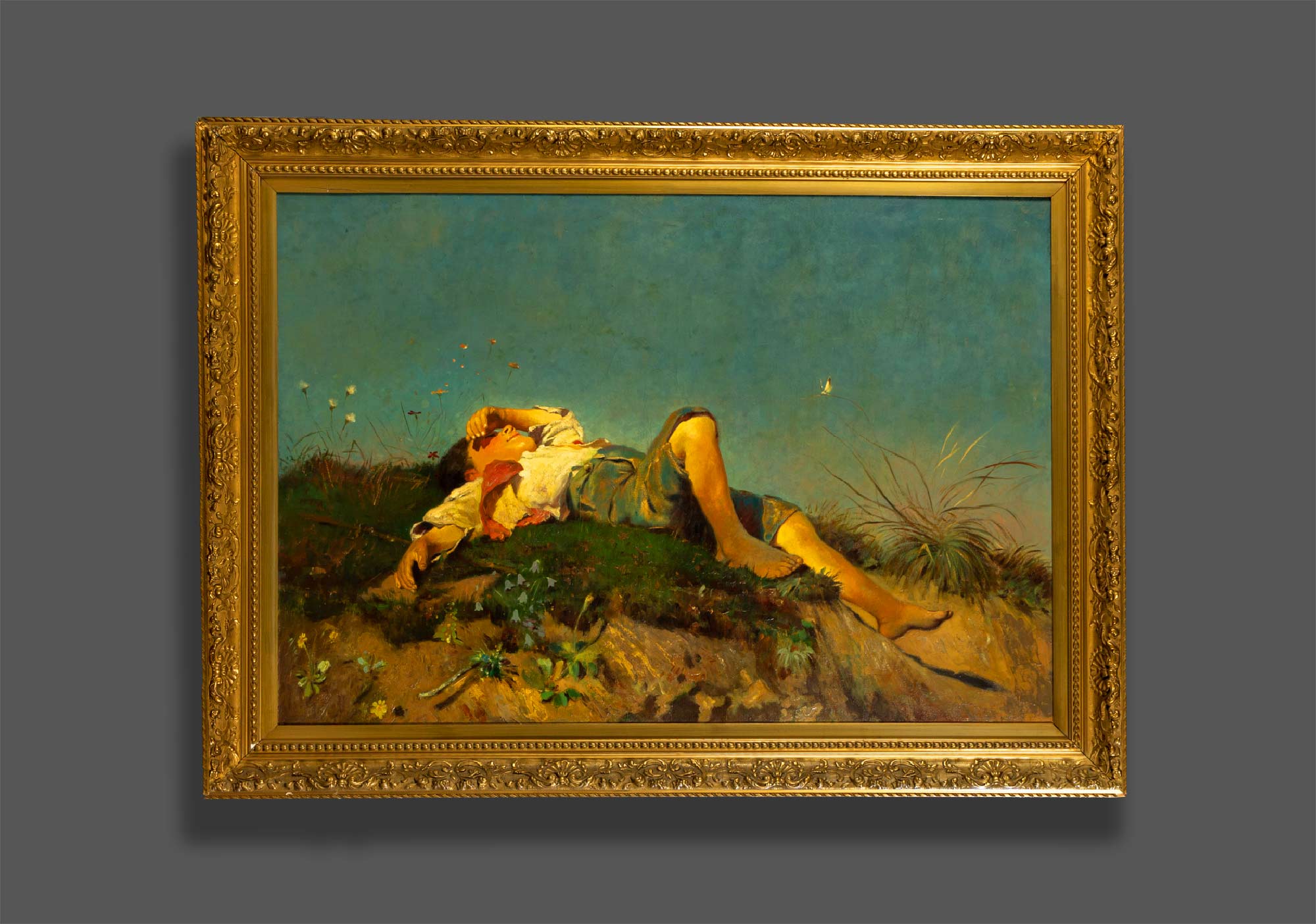 This painting by Otto Vaeltl (1885 – 1977, Munich) is a transcription of the original painting ‘Shepard Boy’, by the internationally acclaimed artist Franz von Lenbach. The shepherd boy is depicted lying on his back, and his left hand is raised over his eyes to protect him from the scorching midday sun. His right arm rests outstretch as well as his left leg and his right leg is angled upright in an elegant contrast; a pose echoing the classical contrapposto. A cloudless, blue sky arches above him, and the ground below is covered with grass and flowers.

Lenbach first studied the original painting of the shepherd boy lying in the sun in Rome in 1858. In numerous sketches and oil studies, he prepared the subject, which was initially intended as part of a larger composition. However, in the painting in the Schack Collection, Lenbach raised the boy to an independent and dignified subject. Otto, a contemporary of Lenbach, must have seen the original in Munich, after which he created his version. Furthermore, while Lenbach’s first plein air picture was composed using muted colours and dark tones, Otto’s version uses vibrant hues which emphasise the effect of light of the midday sun coming from above.