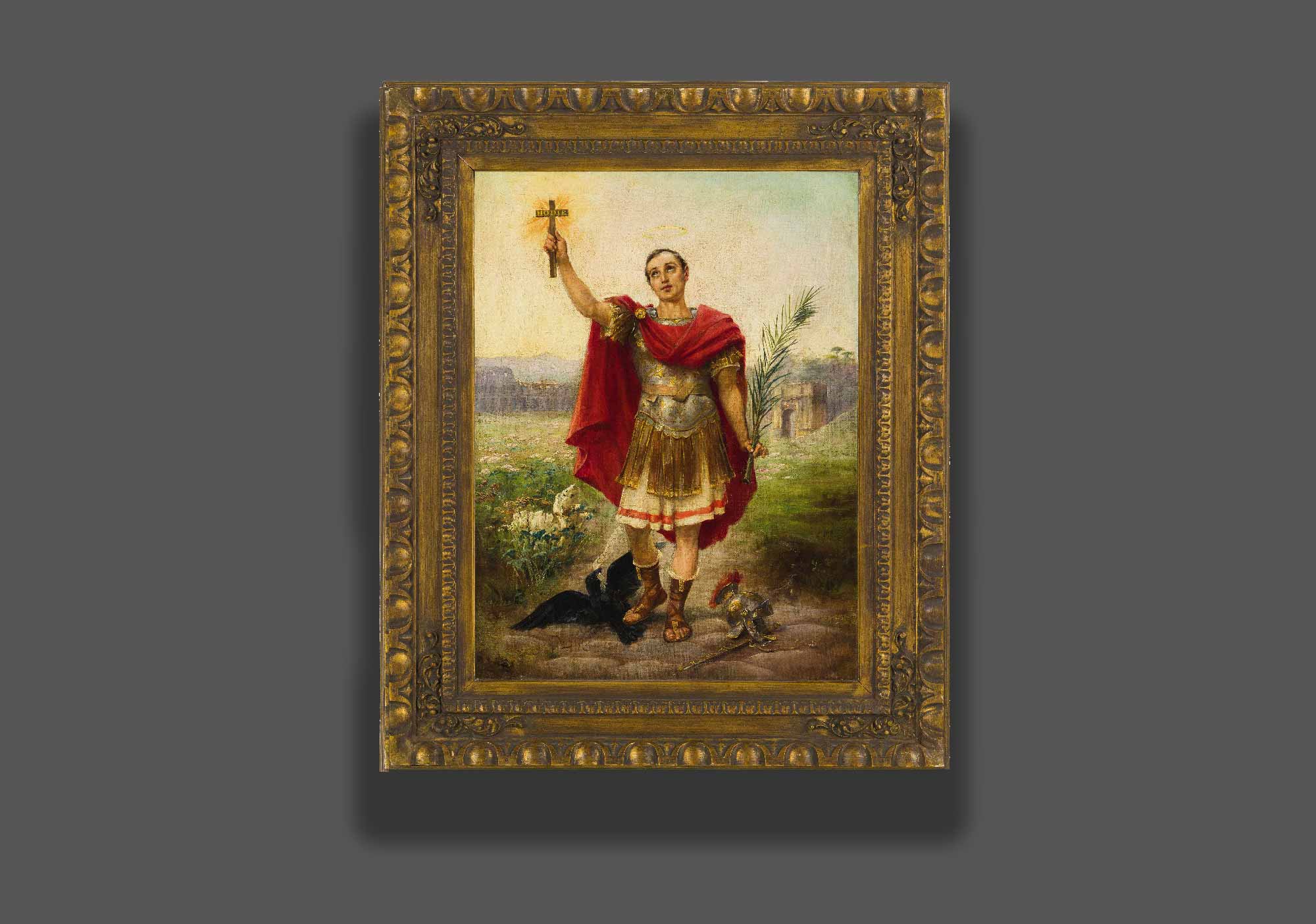 Constantine was a Roman emperor who reigned between 306-337AD. He is also known as Constantine the Great and was emperor of both the Eastern and Western Roman Empire from 324AD.

Constantine’s deeds as emperor changed the course of history. One of his most notable changes was  through the Edict of Milan in 313AD and declared tolerance towards the Christian religion a law, which meant that prosecutions against Christians in the pagan communities were required to stop. For this reason, he was often considered as the first Christian Roman emperor (although his true religious believes are a matter of controversy).

The city of Byzantium (the modern Istanbul in Turkey) was declared as the new capital of the Roman Empire and was renamed after himself as Constantinople in 330AD. It remained the capital of the empire for centuries, even after the collapse of the Western Roman Empire in 476AD. The surviving Eastern Roman Empire is now referred to by historian as the Byzantine Empire, until the Ottomans invaded Constantinople and seized it under the rule of sultan Mehmed II, who brought a definitive end to what remained of the legendary Roman empire.

The painting here depicts Constantine raising a crucifix with his right hand while holding a palm leaf with his left hand. Palm leaves are a recurrent symbol in Christian art as they symbolise the Christian’s victory over death (hence why many saints and martyrs are depicted with this symbol). Yet, palm leaves in Roman times were originally used as a symbol of victory during triumphal processions (as it was an attribute of the goddess of fame). Thus, the palm leaf in the painting has a double meaning; a symbol of fame and recognition for the emperor and a symbol of Christian victory over paganism. In fact, pagan religion is here symbolised by the black Aquila, the Roman eagle that is being trampled on by the emperor. The emperor is here depicted with the Roman Colosseum and the Arch of Constantine (built-in 315AD to commemorate Constantine’s victory over Maxentius).