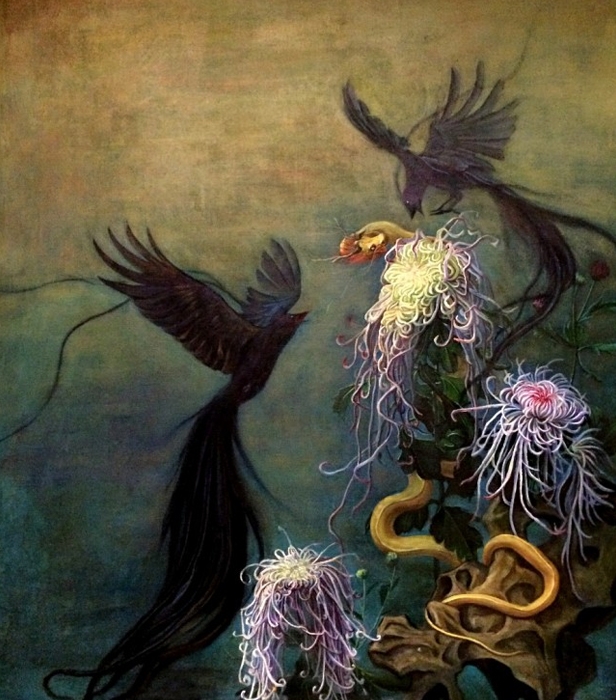 Rodney Bastable was born in 1953 and spent his formative years in a rural environment, which provided the base for his artistic interests. He attended Great Yarmouth College of Art and Design for his Foundation Studies, and the Winchester School of Art where he completed a Dip.AD course.

Back at home, he proceeded to study landscape and portraiture. The works of Michelangelo and Turner were to provide his inspiration along with the words of Vasari and Ruskin. Working in a range of media, the following six years resulted in many one-man shows and a wide range of commissions in both portraiture and landscape. In 1985 he exhibited at the Royal Academy of Arts.

"My studies of light, in the engineering and scientific sense, have given me a unique visual resource to use in my manipulation of pigment, and result in a different approach to the surface preparations and effects used in my paintings. I believe these treatments affirm a continuation from the classic works which inspired me.

I believe that acrylic, used in the largest part of my collection, is a purer media than oil, despite the old school views. I am certain that Turner and the Impressionists would also have supported my view. My works from 40 years ago are as fresh as the day I made them. On smaller works I prefer to use soft pastel on Ingres faced card, because of the grainy, particle pixelated effect."