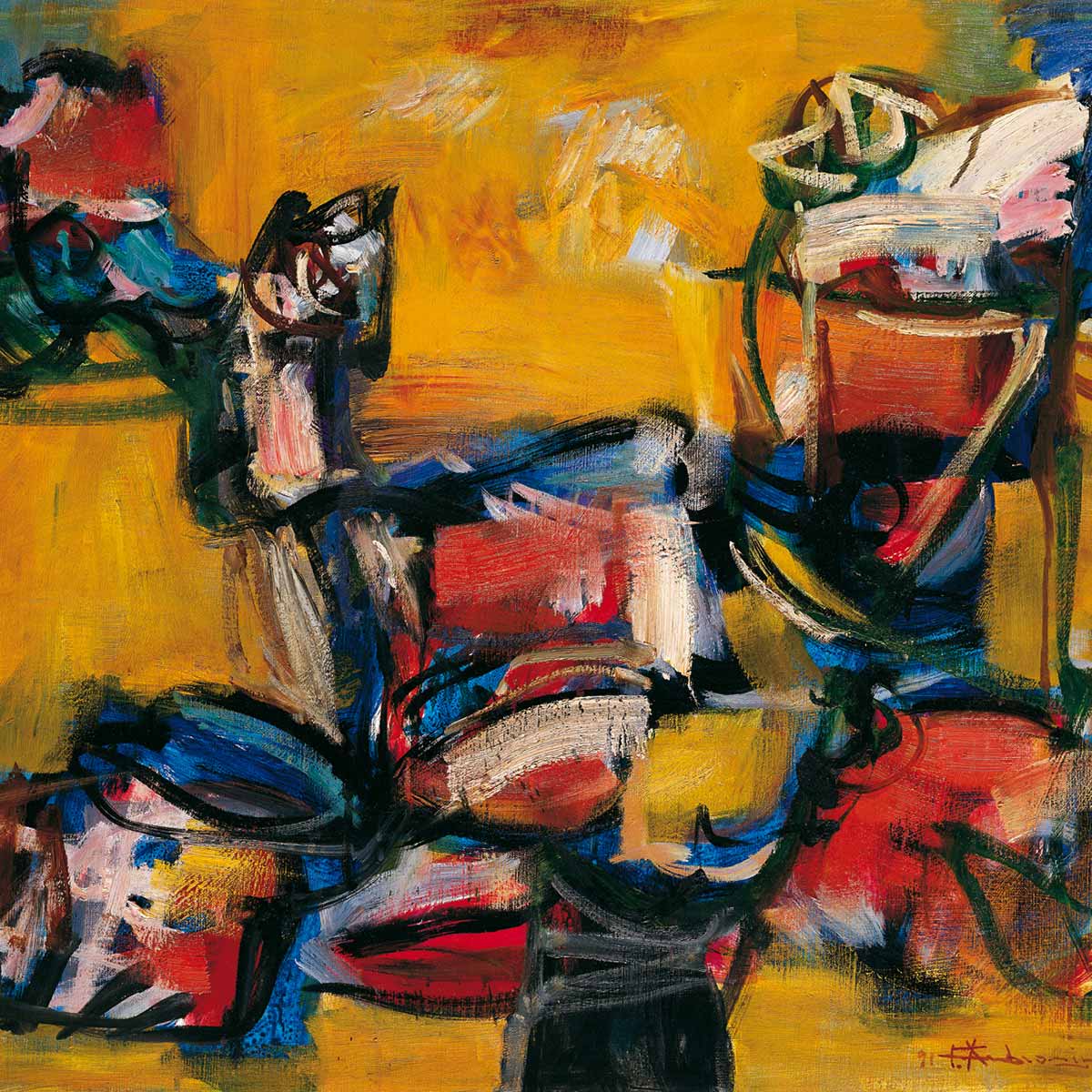 
Italian 20th-century master Ambrosino started his career at the beginning of the 1950s. He held his first major exhibition in 1967 within the Maschio Angioino in Naples. Over the years, his works have been celebrated by many scholars and he has received many awards.
Ambrosino has held many exhibitions during his career, including two in Caracas, one in 1968 and one in 1988 at Caracas' Euro-American Arts Centre, and a major solo exhibition at the Spazio Italia Gallery in New York (1994). Other locations where he has exhibited include the United States, Europe, Russia and China.
Ambrosino is the inventor of Mediterranean Icon, a type of iconography used in his paintings which echoes that of Renaissance altarpieces, granting him worldwide fame.