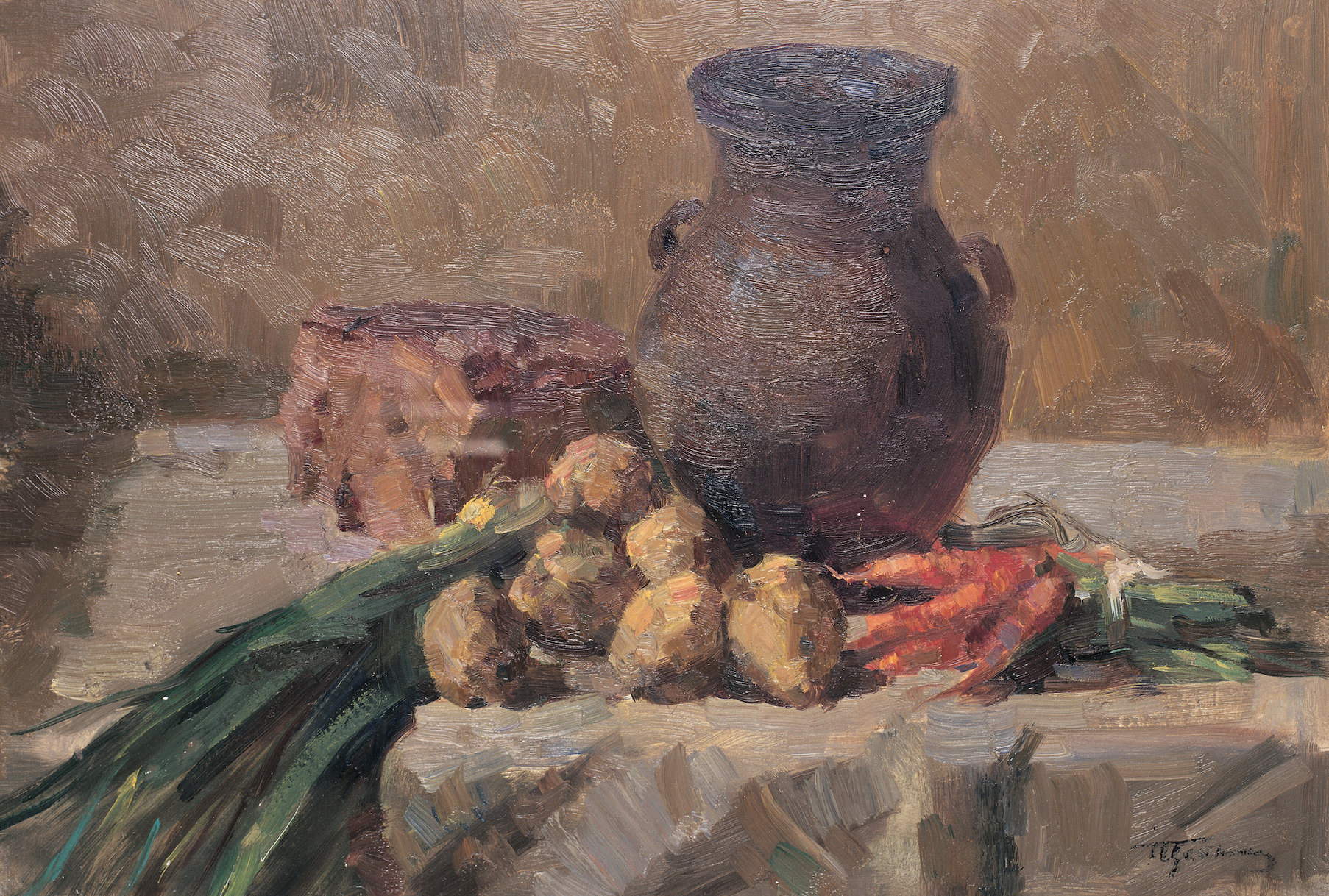 He participated in several exhibitions of figurative soviet art, both in Europe and America. His works can be found in the Tret'jakov Gallery in Moscow, the Russian Museum in St. Petersburg and in numerous private collections in Europe, America and Japan. Over the past fifty years, he has been considered a leading figure of Postwar Russian art.