A large black stone head of Guanyin Buddha, Carved with a small urna in the centre of the forehead, the face with heavily lidded eyes and angular nose, the ears with floret ornaments set in pendulous lobes, wearing an elaborately carved pond crown with a figure of Amitabha buddha framing her chignon.

Provenance:  The large buddha head belonged to the famous Swedish banker Olof Aschberg and these were most likely acquired in France during the 1930s where he resided at the time. They have since been in the family. 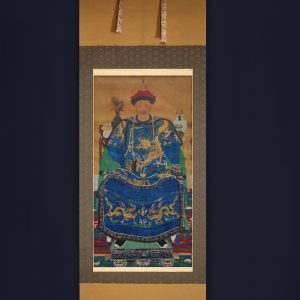 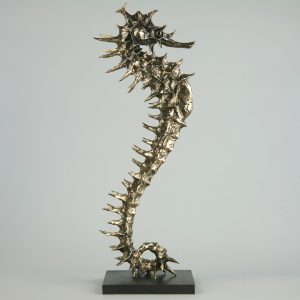