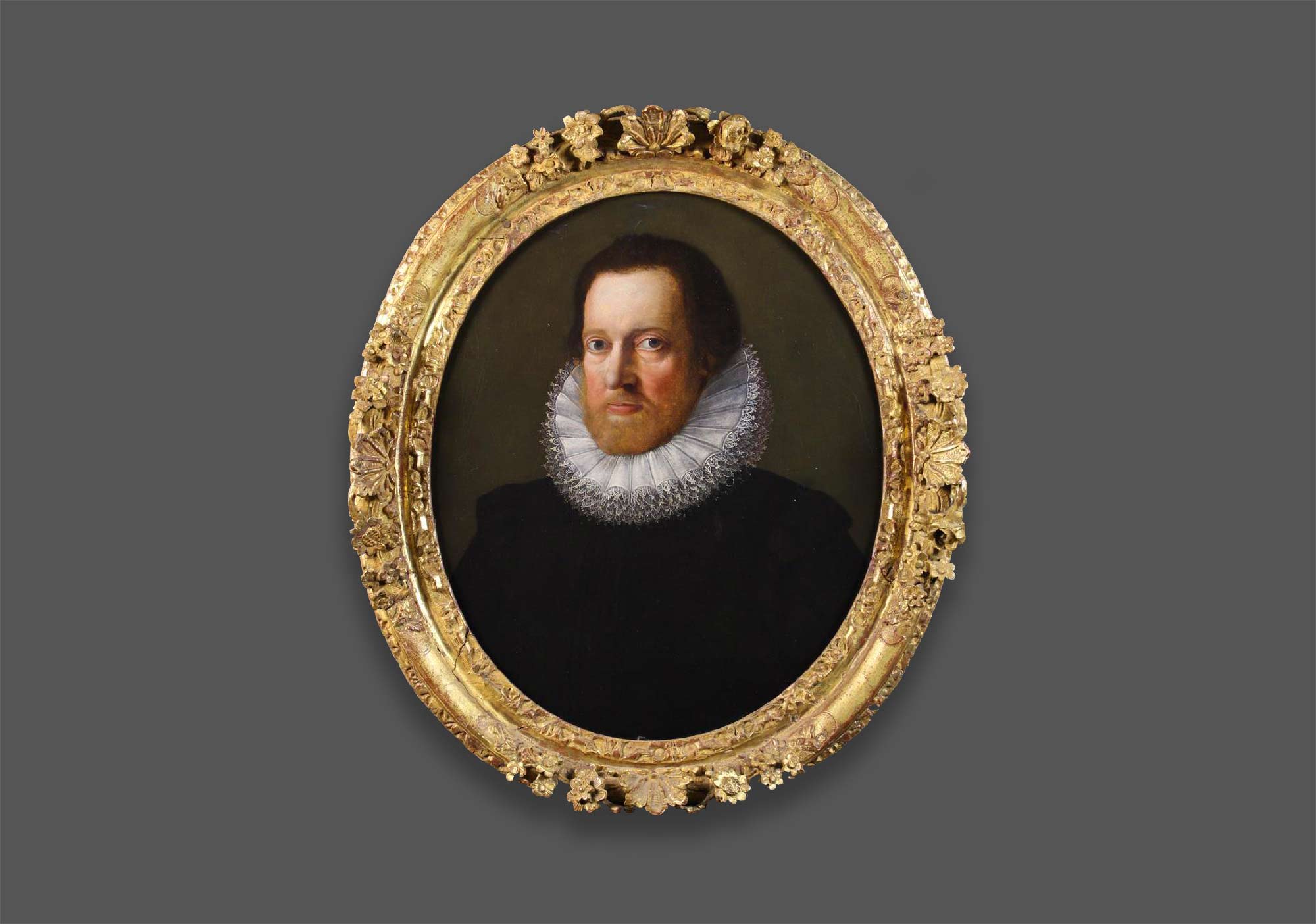 King James I was born in Edinburgh, Scotland in 1566 and died in Hertfordshire, England, in 1625. He was first known as King James IV of Scotland (between 1567-1625) and then as the first Stuart king of England from 1603 until his death in 1625. He was the son of Mary the Queen of Scots and his father, Henry Stuart of England, who died when he was only thirteen months old.

King James succeeded the throne of England after the death of Queen Elisabeth I.   Up to this time in history, Scotland and England were ruled as two sovereign states (with separate laws and jurisdictions).  Due to his succession of the English throne and his commitment of peace and reconciliation, he formed the first union of the three kingdoms; Scotland, Ireland and England.  After the Union of the Crowns, he was an advocate for a single parliament for both England and Scotland and he ruled the three states under his sole authority for a total of 22 years until his death.  This period is today known as the Jacobean age/era. It was also during his reign that the colonisation of the Americas began.

The Elizabethan Golden Age of his predecessor continued to flourish, and writers such as Sir Francis Bacon and William Shakespeare contributed to the literary culture of the time.  King James was the first ruler to commission an English translation of the Bible known as the King James Bible or the Authorised King James Version.  As a literary man, he also wrote a text known as Daemonologie.  Jame wrote this text after a visit to Denmark, a country familiar with witchcraft. The Daemonologie is a tract which takes inspiration from King James’ involvement in opposing the practice of witchcraft (as he oversaw the torture of women accused of witchcraft). His tract provided background materials for Shakespeare's Tragedy of Macbeth.

King James’ portrait was painted many times during his life.  Unfortunately, the artist of this portrait is unknown, but the King would have commissioned the painting and sat for the artist.  One can also appreciate the apparent likeness of King James and the skilled handling of this Baroque portrait.