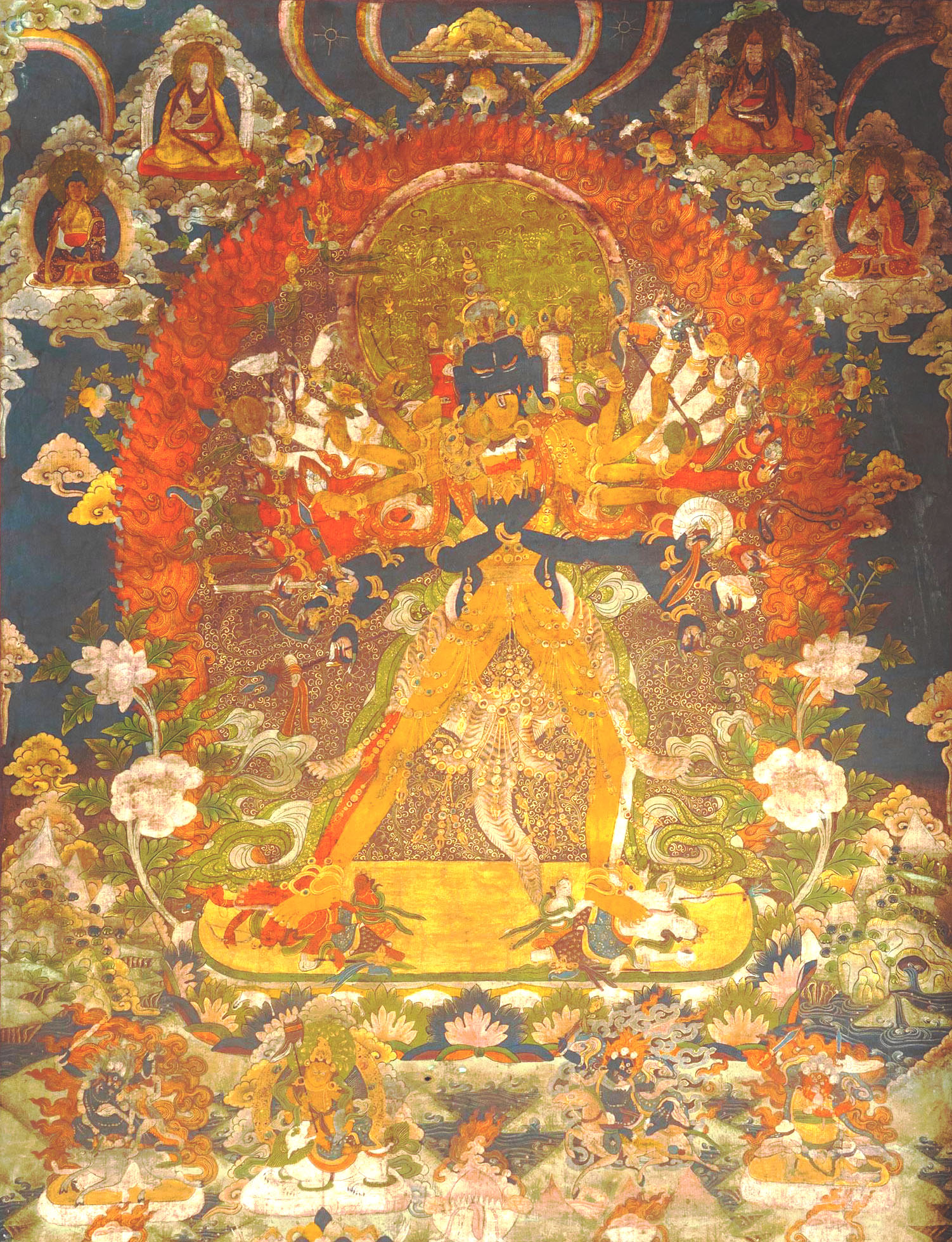 Shri Kalachakra (Tibetan: pal du kyi kor lo. English: the Wheel of Time): a Buddhist Tantra of the Non-dual classification believed to have been retrieved from the hidden kingdom/pureland of Shambala.

The Kalachakra Tantra (Tib. Dus pa'i 'khor lo) probably came to Tibet in 1027, year 1 of the Kalachakra calendar, through Master Cilupâpa from Orissa from India to Tibet. In the 13th century there were 17 lineages of Kālacakra tantra in Tibet.

Kalachakra Tantra also refers to non-Buddhist traditions such as Shaivism , Samkhya , Vaishnavism , the Vedas , the Upanishads and Puranas, as well as Jainism.

Today's Kalacakra Tantra, which is also known as 'the Kalachakratantra' or Shri Kalachakra, should better be referred to as Kalacakra - Laghutantra (bsDus-rgyud), as it is an abbreviated form of the original Kalacakra Mulatantra or Paramadibuddhatāra (Paramādibuddhoddhoddhoddhra -nāma-tantra-rāja) with 12,000 lines, which was compiled by the Shambhala king Manjushri-Yashas as the abbreviated Kalachakra Tantra.

The Tibetan historian Taranatha said the mulatantra was taught by the Buddha during the full moon of Mount Caitra in the year after his enlightenment in the great stupa of Dhanyakataka, India. This teaching was requested by King Sucandra of Shambhala. The Shambhala king Suchandra wrote a comment called "Explanatory Tantra" in 60,000 lines, which, like the Mulatantra, is lost.