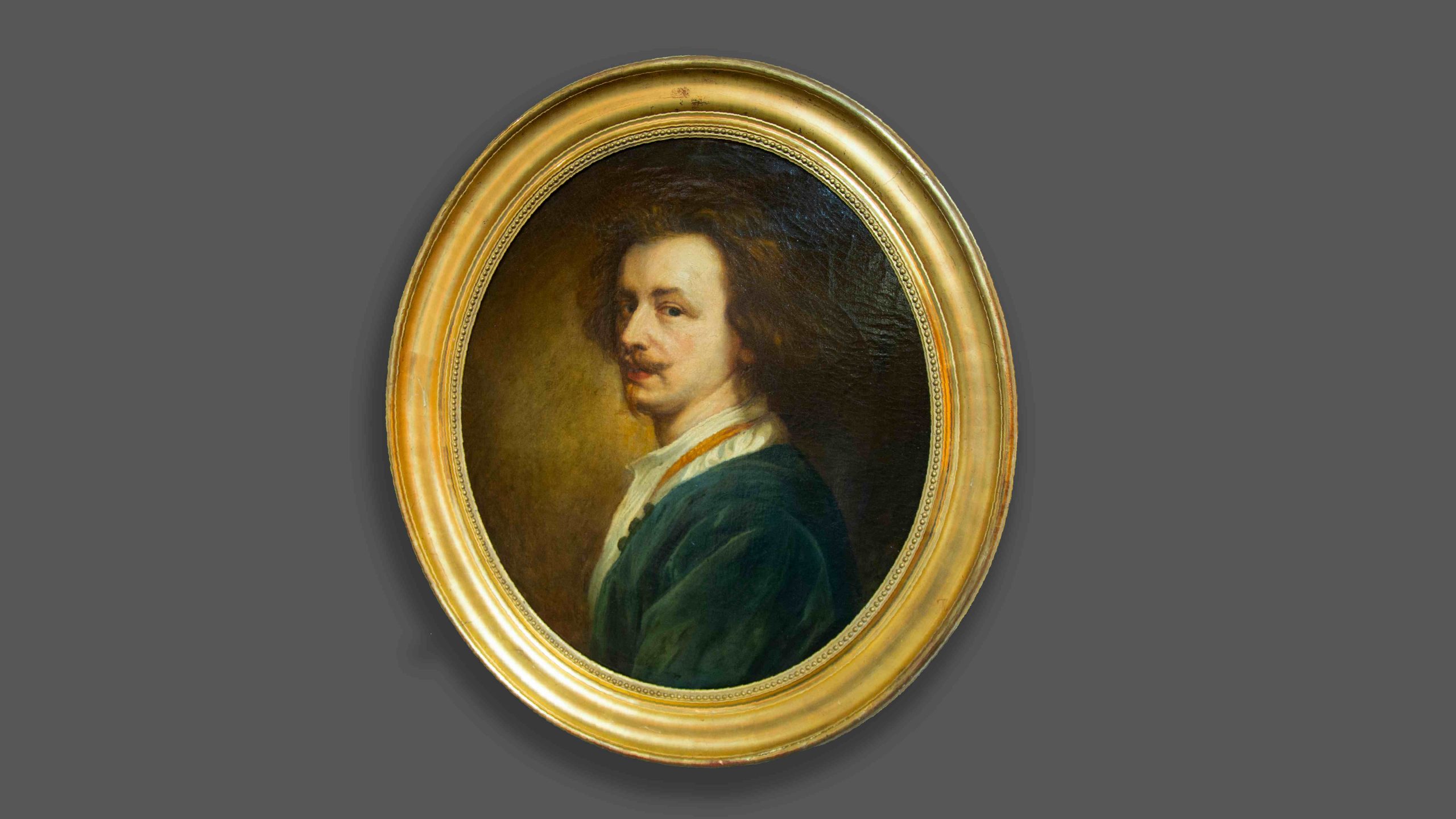 He is best known for his legendary portraits of Charles I of England after spending some time in Italy and the Netherlands. Van Dyck is known as one of the greatest portrait artists of all time, having revolutionised the genre. Furthermore, he is often considered the father of modern portraiture, where the viewer is allowed into an emotional encounter with the portrayed figure. He thus produced a rupture with the previous portrait styles which emphasised a more rigid and severe stylistic approach (typical of, for example, Tudor portraits). His paintings thus elevate the figures by imbuing them with a sense of imposition and power, as if encountering the real subjects. He lifted the genre from one which emphasises appearance to one that, according to Rebecca Jones, emphasised the psychology of the sitter.[2]

In this portrait of a young Van Dyck, the French artist that produced it was trying to push this psychological approach forward. The three-quarter position establishes a sense of distance yet pulling the viewer closer by having the artist staring directly at the viewer. The result is a flattering sense of authority exuding from the artist eyes as well as a sense of power emphasised by the body turning to the other direction. The purpose of the portrait is not one of mere representation of the artist and his appearance, but rather of communicating the importance of the legacy that Van Dyck produced for the genre.

Another interpretation can be linked to one of the only three existing self-portraits made by Van Dyck himself while in England, the National Portrait Gallery self-portrait. The pose and the gaze appear to be strikingly similar, hinting that the artist may have seen the original portrait. The slightly raised arm may suggest that the artist is in the process of painting a canvas which is not included in the painting, thus looking at us as his subject for his work.

Provenance: The back of the painting has labels of a French auction house with the serial number of the piece at the time alongside the name of the auction house in (Versailles). Purchased by Italian antiquities dealer from Auction in North-East France.