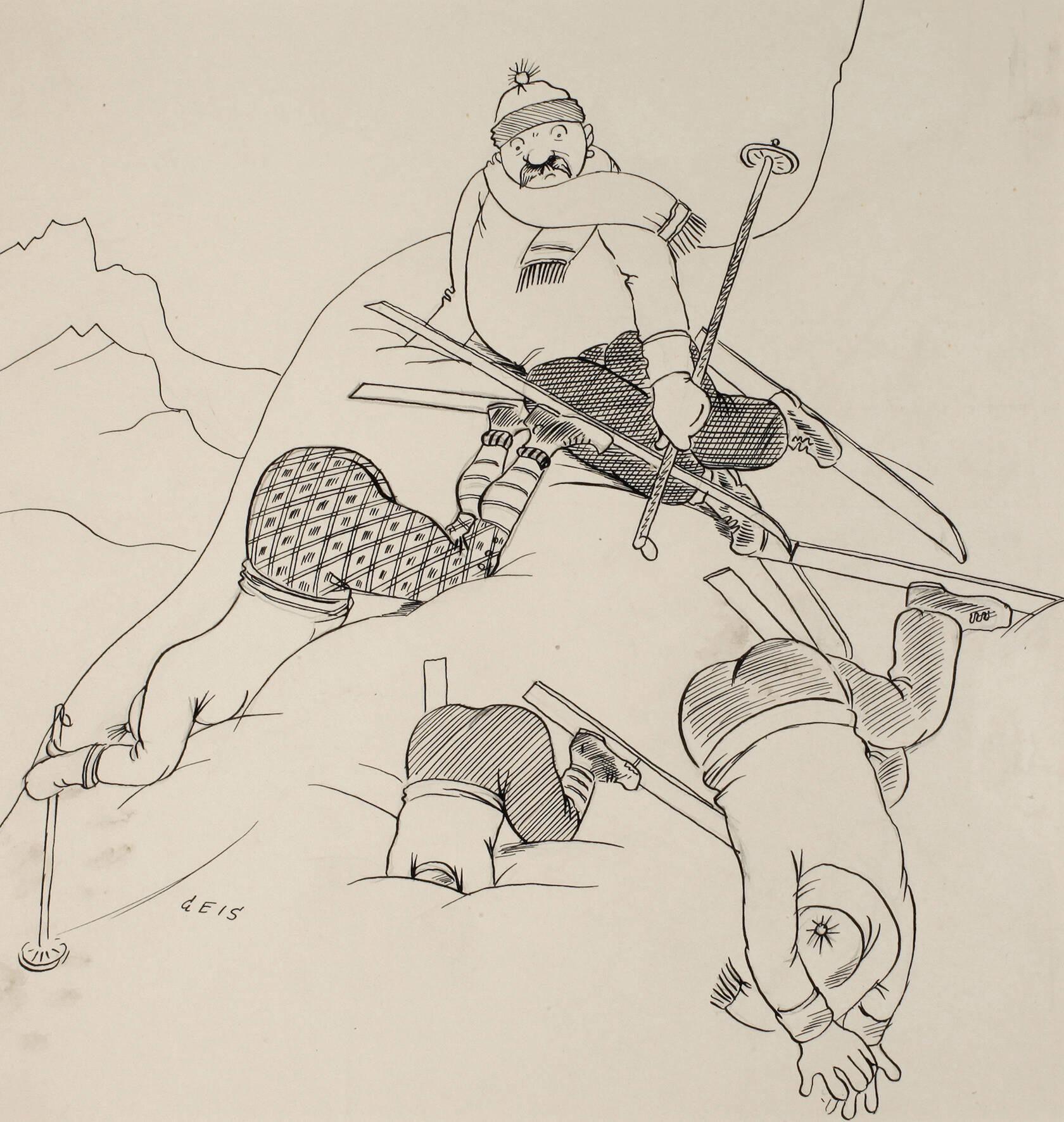 Josef Geis | After the Catastrophe

Josef Geis - After the Catastrophe

The artist's full name is Joseph Nikolaus Geis. He was a German painter, illustrator, cartoonist, and graphic artist (1892 Munich - 1952 Munich). Josef was born into a family of creatives; he was the grandson of folksinger Jakob Geis, the son of actor and singer Josef Geis, and the brother of playwright and screenwriter Jacob Geis.  For many years he worked as an employee for the Munich magazines such as the Jugend, an art literature magazine and the humorous weekly Fliegen Blätter. For the SPD (Social Democratic Party of Germany) he designed important event and political posters against National Socialism. He was also a member of the Reich Association of Fine Artists of Germany.

Josef Geis illustration ‘After the Catastrophe’ depicts four snow skiers after their crash landing.  The meaning of this drawing remains a question, but most likely the illustration is a political statement.