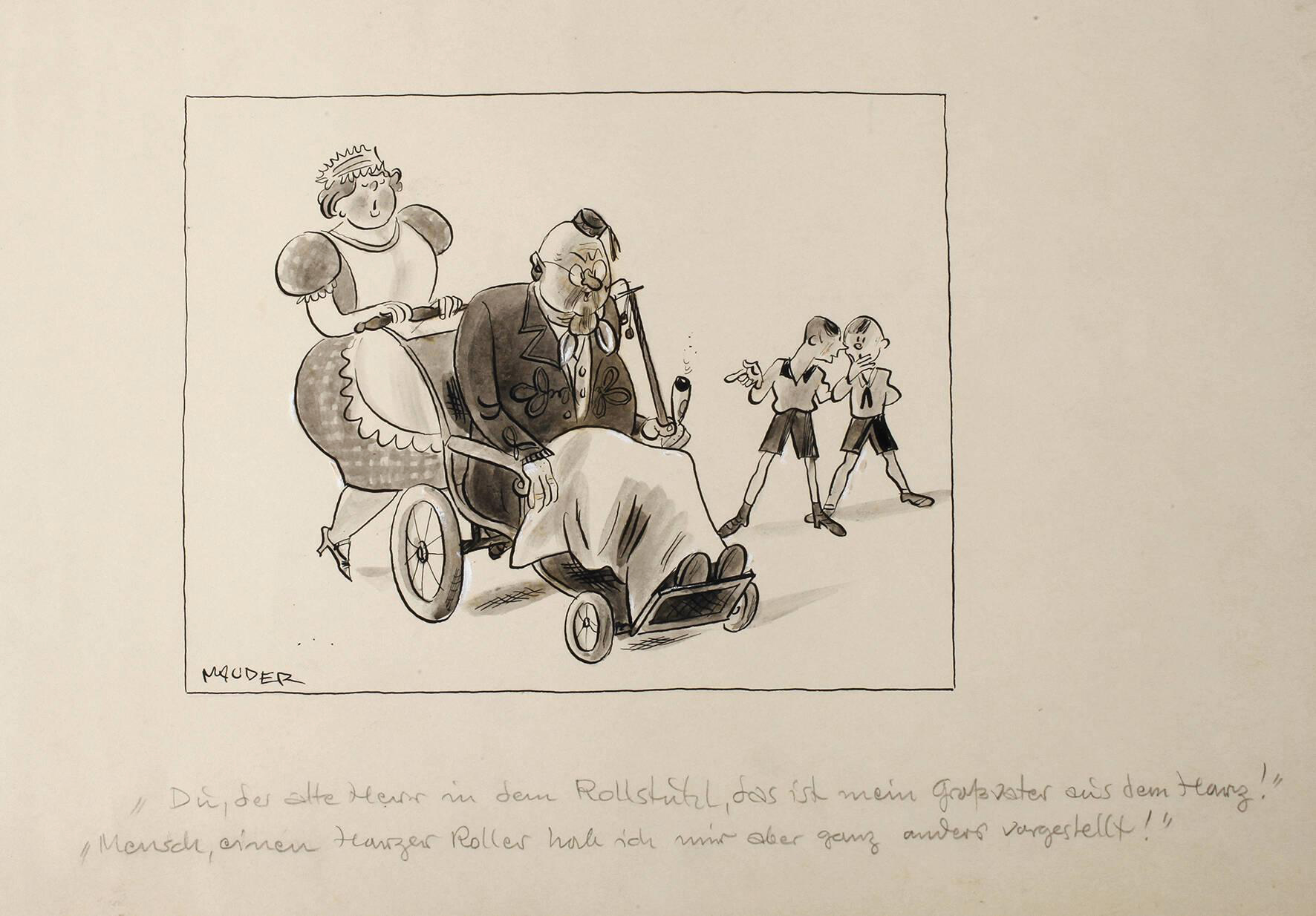 Josef Mauder was a German painter, illustrator, and writer (1884 Munich - 1969 Pullach) and brother of Bruno Mauder - a famous German artisan and glass artist. Josef initially trained as a glass painter and then studied at the Royal School of Applied Arts in Munich. He was the first German artist to deal with sports caricature, and he worked as an illustrator for various publications in Munich including Fliegen Blätter, Stuttgarter Illustrierte, Münchner Illustrierte and Jugend. He became the editor for Meggendorfer Blätter from 1926 while based in Pullach.

Josef Mauder’s light humoured cartoon ‘Caricature’, portrays an eccentric, well-dressed gentleman in a wheelchair, holding a cigar, and being pushed by a singing maid while being observed by two young boys commenting on the scene. The translation of the writing is: “You, the gentleman in the wheelchair, this is my grandfather from the resin! – A man, a Harz mountain Roller, I imagined, but completely different!”. One of the boys jokes by comparing the gentleman to his grandfather from the grave and the other sarcastically refers to the maid’s bad singing voice - like a Harz roller (a canary bird).