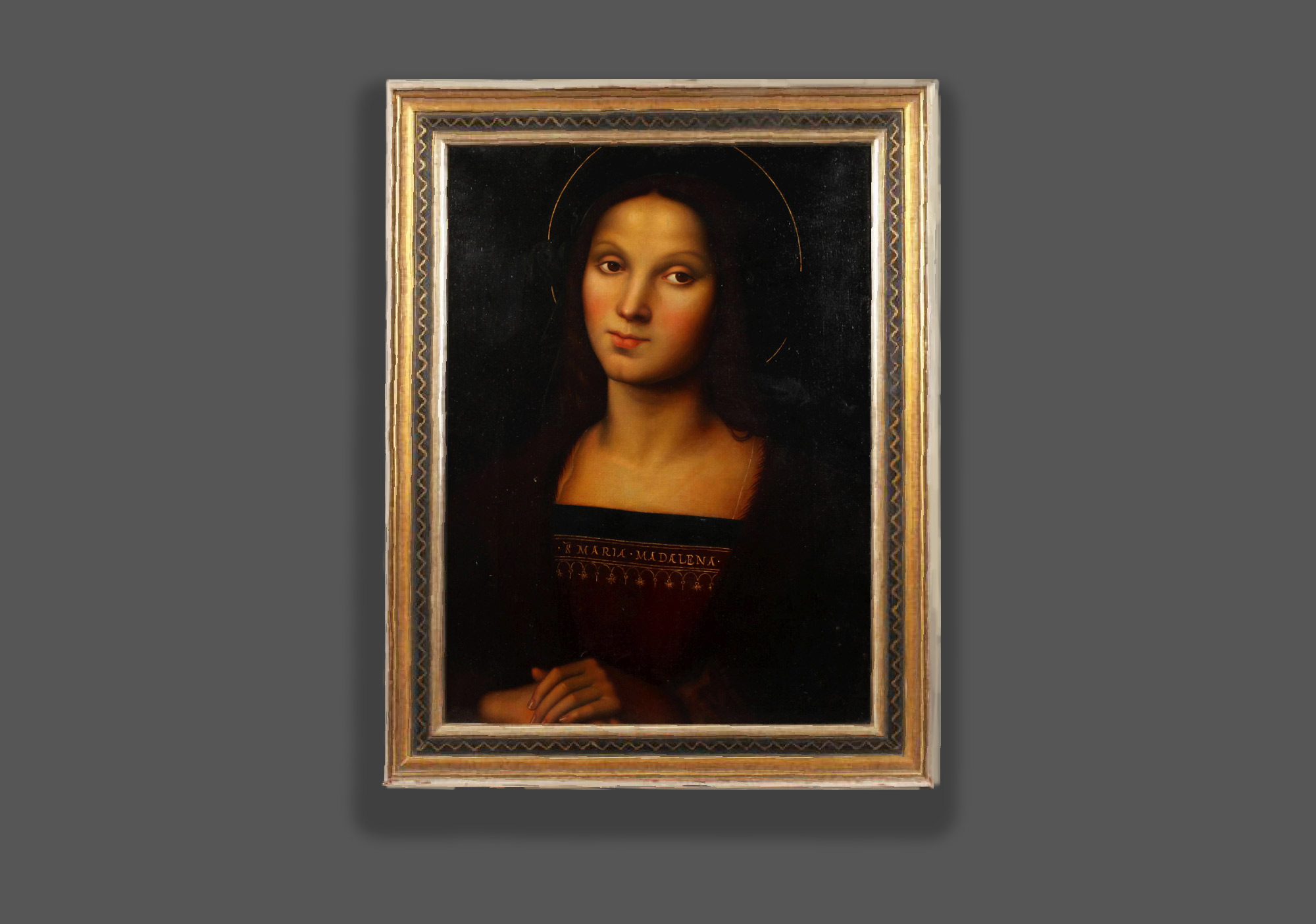 
Oil and gold on canvas, 19th Century
Signed "R. Pisi Berneri" on the reverse of the canvas
Size: 48x35cm

Pisi was an Italian artist who painted during the 19th Century. The history of the artist is undocumented, but through his work, one can conclude he was academically trained, and the Italian Renaissance masters greatly influenced him. We also know he lived or visited Florence, Italy.

Pisi’s painting ‘Mary Magdalene’, is a transcription after Pietro Perugino's portrait, ‘Mary Magdalene’.The original painting was painted around 1500 and now resides in the Galleria Palatina in Florence. It has been documented in the gallery’s inventory since 1641. The portrait has a long history of attributions but is now accredited to Pietro Perugino (1446/1452 -1523) an Italian Renaissance painter and teacher of Raphael – called the divine painter by Giovanni Santi. It is thought to be modelled on his wife Chiara Fancelli, who also modelled for several of his Madonnas. It is comparable to his Madonna and Child with St John the Baptist and St Catherine of Alexandria in the Louvre, which is a similar date and dark background.

For over a hundred years the original painting was attributed to a number of other great Old Masters: In Galleria Palatina’s inventory of 1691, it was attributed to Raphael. It was sent to Palermo from 1797 to 1803 as a work by Franciabigio, but around that time a new hypothesis held it to be by Leonardo da Vinci and completed by Luigi Lanzi. In 1810, 1815, and 1829 inventories it was attributed to Giacomo Francia.

The painting portrays the biblical figure, Mary Magdalene and one can identify this by the inscription in gold along her bodice. Perugino’s portrait is a unique depiction of Mary Magdalene compared to the traditional images of the penitent Magdalene, as he paints her in a fashionable dress with fur. The colour of the dress symbolises red for love and green for penitence, and he paints her face with a smooth and delicate complexion.