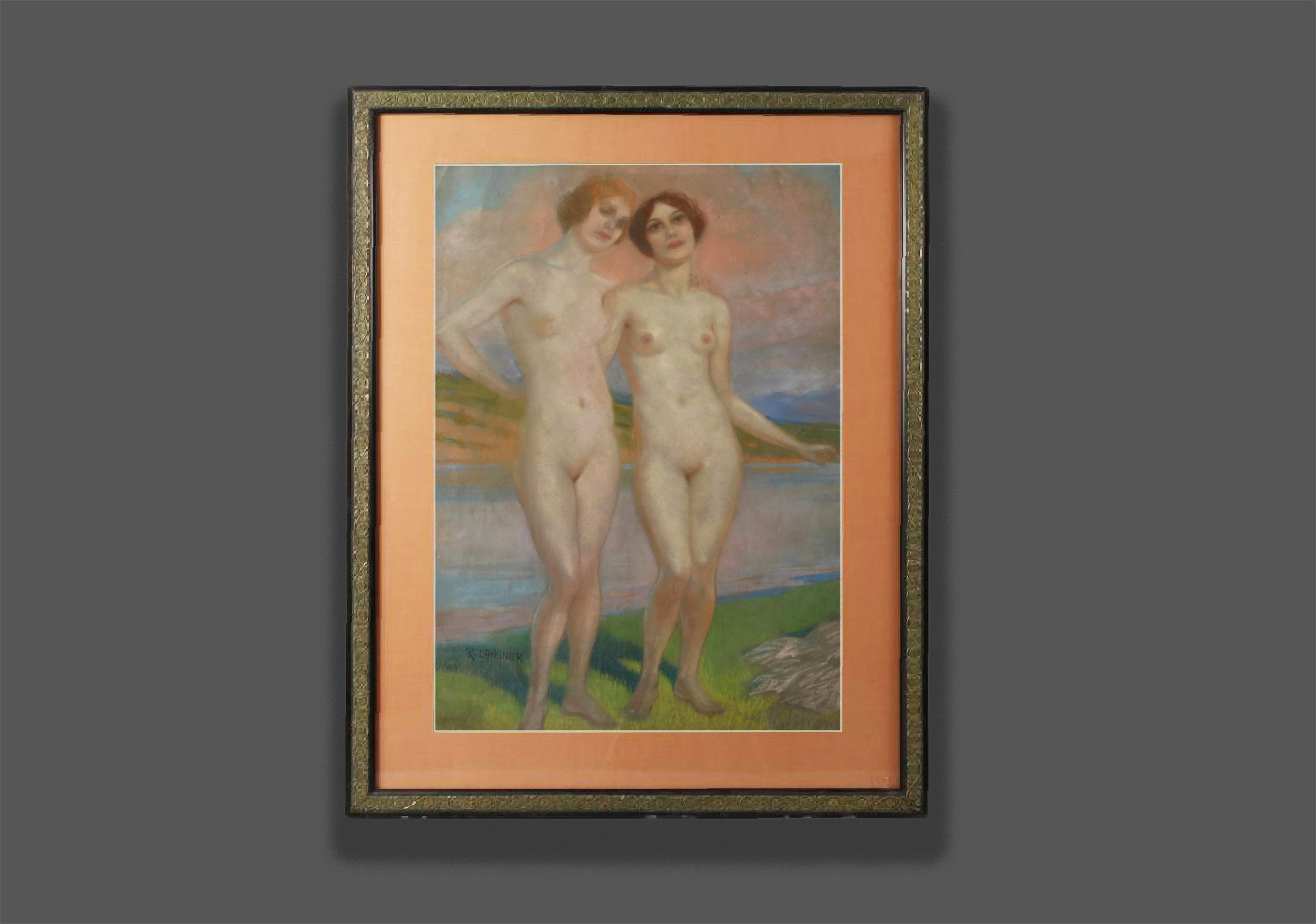 Richard Langner is a German portrait, landscape painter, illustrator, and graphic artist (1873 Brieg / Breslau district until 1931 Munich?). He studied at the Breslau Academy with Hermann Kühn and Heinrich Otto Irmann. From 1900 Langner received further training at the Munich Academy with Johann Caspar Herterich, Karl Raupp, and Ludwig von Löfftz. He also wrote articles for the Munich magazine Jugend and was a member of the Reich Association of Fine Artists in Germany.

Richard Langner’s pastel drawing the ‘Two Girls by the Lake’, is a beautiful portrayal of two young women on the shore at dusk. The models stand nude and embraced, in front of a lake reflecting the warmly lit clouds from the descending evening sun. In the distance, a hint of blue mountains can be viewed. The drawing demonstrates a wonderful balance of warm and cool tonalities. Most likely drawn from life on a hot summer evening.