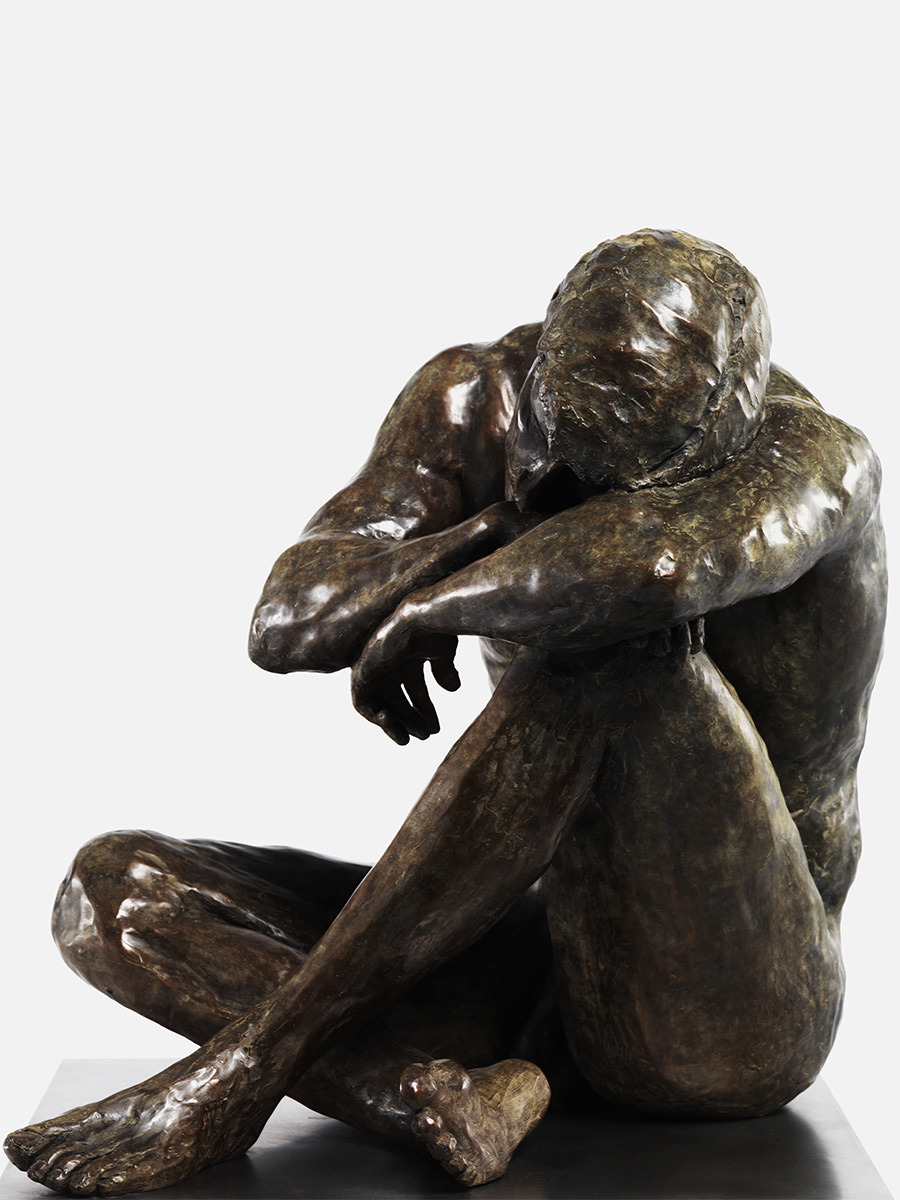 After studying Art and Design at Goldsmith's College in the late 60's Jeff taught, travelled, got married, started a family and started a building business during the 70's. He gave up building in the mid 80's when his knees, back and some clients started troubling him.

A chance encounter with a wobbly rat from Chile changed his life. He was so inspired by this articulating folk toy that he joined a course in toy making at the London College of Furniture, successfully completing the City and Guilds course. He set up his garden workshop in 1987, making toys which were sold at the local craft market in Greenwich. After a year of selling many new designs, he returned to the articulating creatures that had so fascinated him. Sales really took off and he started developing many different creatures incorporating the technique.

"My work reflects equally a love of creatures, great and small, and a love of wood. My earlier training as an artist and more lately as a toymaker has led to objects which can be seen as playful sculpture or perhaps sculptural toys but I generally refer to it as Wobbly Wood.

I try to express the essential nature of the animals, birds, and fish I create, sometimes by simplification, sometimes by attention to detail and very often by the sinuous movement achieved with the technique of articulation. A large part of my work in recent years has been investigating the possibilities of this Wobbly Wood which is created by cutting the wood into narrow sections and securing it to canvas.

I utilise the woods natural forms and features; its grain, colour and bark to suggest the creatures shape, markings, feathers and texture. I reduce waste as far as possible, for example, the off-cut portion of a big fishes’ tails will form the breast of a bird. This awareness means that while cutting fish I can be thinking bird; one will reshape the other.

Reclaimed wood is used extensively, from discarded furniture, driftwood and industrial pallets and it is this found wood that often informs and shapes the work. This constantly varying source of timber helps keep the work fresh and alive."

Jeff studied Art and Design at Goldsmith’s College in the late 60’s.